Home » Is Phentermine Safe or Even Effective for Weight Loss?
0 shares

Is Phentermine Safe for Weight Loss

Is Phentermine safe or even effective for weight loss?

This is an important question because Phentermine is a commonly prescribed appetite suppressant for losing weight.

Your doctor or pharmacist might prescribe phentermine for weight loss if s/he believes that there is no other choice.

Today, the number one weight loss drug in the United States is Phentermine.¹

Phentermine is popular with overweight and obese people.

The National Academy of Sports Medicine (NASM) defines overweight and obesity as a BMI (body mass index) over 25 or 30 respectively.

Is Phentermine a Narcotic or a Controlled Substance?

It is not legal to buy phentermine without a prescription because phentermine is a controlled substance.

In France, phentermine is considered a narcotic.

The bottom line is that you need professional medical advice and a medical script to buy and use phentermine.

How Effective is Phentermine?

Phentermine was first approved in 1959, nearly sixty-one years ago.

Even though there have been numerous other weight loss drugs approved by the FDA, phentermine still commands 80 percent of the market for diet drugs, according to the New York Times.³

Take note that it was released in the 1950s when the overweight and obesity rate in America was about 45 percent for both men and women.

Did it help the American public win the war against obesity?

The answer is an emphatic no, considering that the overweight and obesity rate today is now close to 75 percent for both sexes in 2022.

See the following chart of overweight and obesity statistics in the United States between 1960 and the year 2000 courtesy of infoplease.com:4 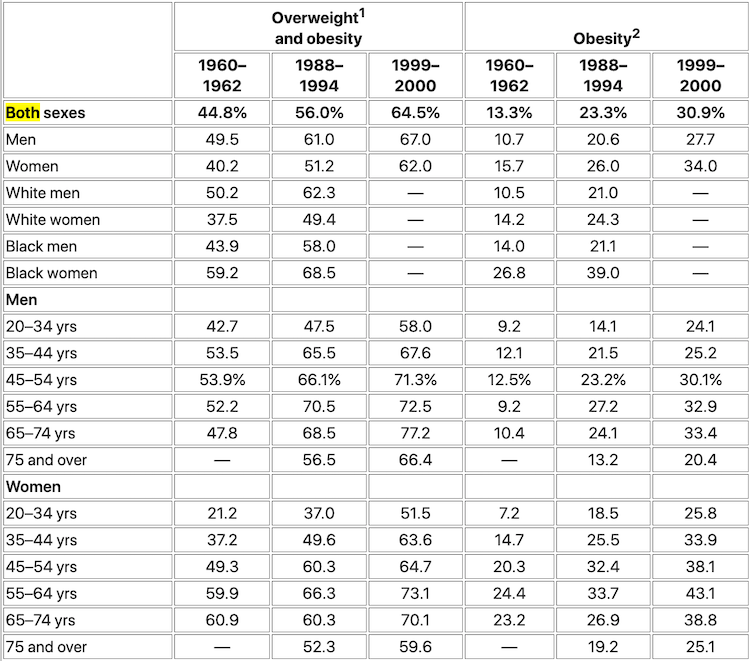 Is Phentermine Safe or Even Effective for Weight Loss? Credit Infoplease.com
The opposite is the case, despite the introduction of Phentermine for weight loss, the USA and the world at large are fatter than ever.

Phentermine is not a long-term solution for overweight and obesity.

In 2022, the rate of obesity in the most obese states in the USA and around the world is more shocking than ever.

While Phentermine could be an effective short-term for individuals, society as a whole has not seen any benefits.

How Much Does Phentermine Cost in 2022?

How much money are you going to sink into phentermine in 2022?

For a one-month supply, GoodRx reports that generic phentermine 37.5 mg (aka Adipex-P or Lomaira) will cost you an average of $35.00 a month.

Generic phentermine 37.5 mg is ranked the most popular of 12 similar weight loss medications on the market today.

Whichever one you use, either you have to shell out between $100 and $260 for a three-month supply.

A typical phentermine prescription is only officially valid for three months, and some say for only three weeks.

Understandably, you are looking for relief from overweight or obesity.

But, first, take a look at a few studies as to how much weight you can expect to lose by using phentermine.

How Much Weight Can You Expect to Lose on Phentermine?

Think of what you will accomplish by using phentermine.

Your goal is weight loss, but do you know how much weight on average you lose with phentermine?

Is the best way to lose weight with phentermine?

1968 Study by The British Medical Journal

Three groups of 36 women participated in this study, which was published by The British Medical Journal.

The usage of phentermine varied across the groups, but the average weight loss of all groups was approximately 3.5 pounds per month.

Even for the group that used 15 mg per day of phentermine.

That is a rather disappointing result considering that the women were only consuming a thousand calories a day.

Such a bare minimum of calories would result in weight loss with or without phentermine.

Would you not call that practically starvation mode?

They also exercised about 45 minutes a day, three times a week.

After 12 weeks, the average monthly weight loss was about seven pounds for both men and women.

Is that a resounding success?

Losing weight due to a calorie intake of 500 calories a day and exercising 45 minutes three times a week?

Instead, you could eat a regular diet, walk every day for 30 minutes, and still lose 7 pounds in a month.

You do not need phentermine to get the same results!

After 14 weeks, they lost a little over 16 pounds, approximately a weight loss of 5 pounds per month.

Three case studies over four decades and the best phentermine could do was an average weight loss of 5 pounds a month.

Is it worth your time and money to lose 5 pounds a month?

You can lose up to 8 pounds a month following Hashi Mashi Diet + Training, a free diet, and exercise program. (Which you have to do no matter what because even phentermine usage requires diet and exercise.)

Look at how this obese man lost 75 pounds in 6 months.

He never even heard of phentermine.

Is Phentermine Safe or even Effective for Weight Loss?

Based on these studies, we do have an answer as to how effective phentermine is.

And it is shocking to learn that phentermine does little if anything to promote weight loss.

In all of these studies, the participants used a low-calorie diet.

It is possible that without phentermine, maybe they could not stick to their diet and exercise plan.

But, before you start on the diet drug path, is it not reasonable to try a drug-free approach?

The reason you want to investigate the phentermine-free approach is that there are known side effects, and they are dangerous.

Serious side effects of Phentermine

What are the side effects of taking Phentermine 37.5 mg?

There are potentially life-threatening side effects of taking phentermine, such as:

Taking the diet pill phentermine for weight loss is not an optimal solution, even in the short term.

And all the more so for long-term use.

They continue that “Phentermine isn’t a good option if you have heart disease, uncontrolled high blood pressure, an overactive thyroid gland, or glaucoma.

It also isn’t for women who are pregnant, may become pregnant, or are breastfeeding.”

Get immediate emergency medical help if you have any signs of an allergic reaction to phentermine as noted in the complete list of side effects at https://www.drugs.com/phentermine.html:

Is phentermine safe to use with other drugs?

This question has an even more horrifying answer.

According to Drugs.com – “A total of 518 drugs (3931 brand and generic names) are known to interact with phentermine.”

A drug interaction means an increase in the potential risk factors of both drugs.

And Drugs.com also lists the possible disease interactions, which means that any of the following diseases could be caused or aggravated by using phentermine:

Warning: Do not use phentermine if you have taken an MAO inhibitor in the previous two weeks. Monoamine oxidase inhibitors are a class of drugs typically prescribed to treat depression. However, a dangerous drug interaction could occur. (Everydayhealth.com)

Is Phentermine the Best Way to Lose Weight?

You can see in the following infographic that despite the widespread availability of phentermine, the obesity epidemic has continued unabated.

If you decide to use phentermine, make sure that you do so under medical advice and in the safest way possible.

Watch this video where Dr. Kathleen Hallinan suggests a safe and effective protocol to lose weight with phentermine.

Is Phentermine Safe for Weight Loss – Wrapping Up

There are other options available to you that are free to use and share, lucky for you that you just landed in the right place if you want to lose 20 pounds or more without using drugs.

The government and medical establishment view phentermine as a safe substance under medical supervision and for brief periods.

However, now that you are aware of the potential side effects and drug interactions are you more motivated to try a less risky path to losing body weight and getting fit?

Suffering from overweight and obesity is no fun, besides the enormous health risks.

If you learn one thing from this post, let it be this, you do not need phentermine to achieve your weight loss goals.

And you do not need the cost of money or damage to your health.

If you appreciate this article, please subscribe to my blog and you will receive a body transformation guide.

This guide is a template of the Fit Apprentice plan, simple lifestyle changes that helped me lose 75 pounds in 6 months.

Last but not least, please come back often and let me know how your fitness journey is going.

More Articles on How to Lose Weight:

¹ What are the most widely used diet pills in the United States? (GoodRX)

³ Which Cheap and Easy Drug to Get Commands 80 Percent of the Diet Medications Market?