Home » The Horrific Burundi Genocide Teaches You to Never Give Up

Tuhabonye is a survivor of the massacres during the Burundi genocide and the Burundian Civil War of the early 1990s. In October 1993, members of the Hutu tribe invaded Tuhabonye’s high school and captured more than 100 Tutsi children and teachers.

Most of the captives were killed with machetes; the rest were burned alive. After spending nearly nine to 10 hours hidden beneath the burning corpses of his classmates and suffering burns over much of his body, Tuhabonye managed to escape and seek medical attention.

He published his account in This Voice in My Heart: A Genocide Survivor's Story of Escape, Faith, and Forgiveness (HarperCollins Publishing, 2006) .

By 1996, his running skills took him to the United States as part of an Olympic training program. He obtained a track scholarship at Abilene Christian University and was a national champion runner. Tuhabonye is the award-winning coach of Gilbert’s Gazelles Training Group in Texas. In 2006, he co-founded the Gazelle Foundation, a non-profit organization whose mission is to improve life for people in Burundi without regard to tribal affiliations. Today Gilbert is a US citizen and lives in Austin, Texas, with his wife and children. ¹ 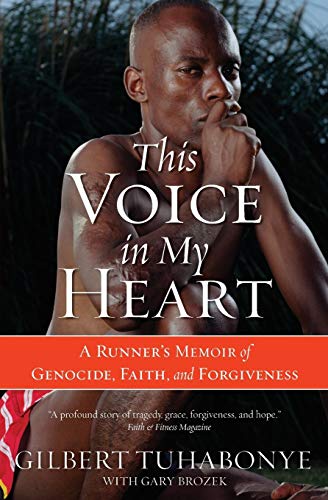 This Voice in My Heart: A Runner's Memoir of Genocide, Faith, and...
Check Today's Prices

The horrific Burundi Genocide and the story of Gilbert Tuhabonye will motivate you to get fitter than you are today. The tragedy of the Burundi genocide will inspire you to get your act together. Are you suffering from obesity, depression, anxiety, estrangement, divorce woes? Little can compare with the terror of hordes of assassins armed with machetes hunting you down. How can anyone ever complain again about their difficult childhood?

The Burundi genocide gives anyone living in a peaceful environment a new and welcome perspective. You realize that there are millions of people around the world who wake up to a much grimmer reality than having to commute for an hour or so. There are people even in our own time who face the evil of genocide. The typical complaints of divorce, obesity, depression, estrangement, and job woes pale in comparison to the real suffering and terror of genocide.

“You have so much to be grateful for, you must stop right now, immediately, stop the whining and the crying that you’re fat and out of shape.

Yes, that is what I told myself after learning about the 1993 Burundi genocide. And if you are suffering from obesity, depression, divorce or some other non-fatal woe or drama, you will be lucky if you tell yourself the same.

If people could survive the horror of the Burundi genocide, how can I not defeat my obesity, where for the most part, the enemy is me? The bravery of survivors like Gilbert Tuhabonye can motivate anyone who has given up in the past, to never give up again. If Gilbert’s story helped me take positive action, it will surely do the same for you, because I am the last person in the world anyone would believe could give up daily cookies and ice cream, lose weight and get fit.

Since Burundi’s independence in 1962, there have been two events called the Burundi genocide in the country. The 1972 mass killings of Hutus by the Tutsi-dominated army and the 1993 mass killings of Tutsis by the majority-Hutu populace are both described as genocide in the final report of the International Commission of Inquiry for Burundi presented to the United Nations Security Council in 1996. ²

Get Motivated – Push Yourself to the Gym

Thanks to Gilbert’s story of surviving the Burundi genocide, I will always continue to push myself harder. In fact, I have achieved a new milestone last evening which was my 33rd-day swimming. When I first began back on June 26, I couldn’t even dream of doing a mile in the pool, 72 laps (36 full laps).

And when I was finally able to hit one mile a couple of weeks ago, I will actually have to go back through these posts to find out when that was, it took me over an hour and a half to do it, and I had to stop after every lap to catch my breath. Gilbert Tuhabonye’s inspirational story is a perfect read for anyone who thinks that they are suffering right now while they still have two feet, the ability to breathe and are not about to be another Burundi genocide statistic.

Find Freedom in Working Out and Getting Stronger

And it was very comforting to me to know that he had found solace and a lot of freedom in his running, so that gave me additional confidence that I am on the right track with swimming. As much as I am already experiencing benefits, it is good to know about someone who has been training at it for years. I am a real tyro, only 33 days old. So, to the point, here is the good news of another milestone, last night I did 72 laps in under 45minutes, I think it was 40min but not sure, so I will wait before saying an exact time.

My current goal is to be able to swim the mile in 36 minutes, a minute for every full lap. The number of full laps required is 36, this pool needs two half laps to make up the full lap. So, progress is being made. If you are a professional swimmer, a mile in 36 minutes is probably a joke. But, it can be a tremendous improvement for anyone trying to get into shape. Keep pushing and making progress.

Burundi Genocide Teaches You to Never Give Up

If you are also struggling with obesity and/or depression, perhaps the survival of Gilbert Tuhabonye from the Burundi genocides will help to give you more gratitude for what you have now. And more motivation to get better in all ways possible.

PS I wrote this article way back when at 1 am on July 30, 2011. I was obese, isolated, an insomniac, living alone and wondering if I would ever see any light, any type of brighter future. I see that years ago, my go-to activity was swimming, a great exercise. Since then, because I do not have easy access to a swimming pool, I use the elliptical, jump rope, deadlift, squats, and push-ups as my prescription for fighting the modern plagues of obesity and depression rampant in our society.

Whenever I start to moan or groan, I think of how Gilbert survived the Burundi genocide and try to snap out of it. There is no excuse to be out of shape, you have everything you need to get into and stay in shape.

If you know of other inspiring stories of survival, please share, thank you. 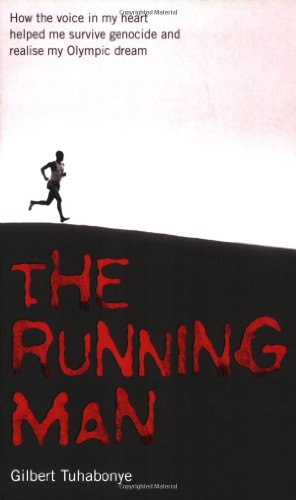 If you are fighting obesity or depression, do not give up. Anything that anyone else can do, you can too. If you like running, go for it, like Gilbert. Otherwise, here are the first few steps you should take to beat obesity or better manage depression:

Here is how...
Start Here
1 shares