Can We Walk Our Fat Away?

Does walking to lose weight work?

Is it possible to walk your fat away?

Is it possible that you can lose significant pounds with an investment of 30 to 45 minutes a day?

It is incredibly exciting for anyone out there struggling with weight, to know that walking to lose weight does work.

You can lose weight by just adding walking to your daily routine.

Sure, we do not mean taking a stroll of a mile in an hour, we mean walking with purpose like you have to get somewhere, at least 3.5 to 4 miles in an hour.

Check out this article from Marlo thomas.com  and published in the Huffington Post about a Mom who walked off 60 pounds:

Mom Walks Off 60 Pounds One Step At A Time 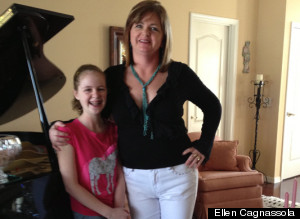 One of the reasons I started my website is that I wanted a place for women to come together and dream. We women need to know that we don’t have to hang on to an old dream that has stopped nurturing us — that there is always time to start a new dream. This week’s story is about a mother who decided to break the cycle of diabetes in her family by walking off her excess pounds. Ellen started small by walking, one step at a time, down to a size six. Now, 60 pounds lighter, her future is looking a whole lot healthier. -– Marlo

As Ellen Cagnassola watched her nine year old daughter, Michelle, fly across the finish line of a 5K race in Florham Park, New Jersey, she realized that all the lessons she’d tried to teach her children were working. They exercised and drank lots of water. They even refused to eat fast food. She also realized that it was time to start following in her daughter’s footsteps.

“Watching her cross that finish line was so inspiring,” Ellen recalled with a smile. “And I knew at that moment, I had to do something. I didn’t want to raise my kids like a hypocrite.”

Ellen, like so many working mothers, had focused her attention on everyone other than herself, and over the years had put on 60 pounds.

The Scourge of Diabetes

“It’s not as if I didn’t notice the weight creeping on,” she explained. “I just didn’t know what to do about it. Every year it was another five pounds. My mother’s health was declining at just about the time Michelle was born. So with a child in kindergarten, a newborn and an ill parent — there wasn’t a lot of time to concentrate on myself.”

But her mother’s illness was exactly the reason she needed to find the time. Ellen’s mother was diagnosed with diabetes at 42 and ultimately passed away before she turned 60. And her grandfather had met the exact same fate.

“For me, getting in shape wasn’t about vanity. It was about survival. No one in my family exercised and diabetes was on both sides. I was told from a young age that I was probably going to get it. I always felt like I had to succumb to that. No one ever tossed out the idea of turning it around.”

“But I watched the way my mother suffered,” she continued, “and I knew I had to do something to break the cycle. I had to start being a little bit selfish.”

It had been seven years since her mother’s death and while Ellen had managed to begin taking off some weight, and clearly had put her kids on the right path, she was now 42 — the age at which doctors first detected diabetes in her mother. And she was already taking medication to manage her blood pressure and cholesterol.

That day in the stands, as she watched her young daughter run, she decided it was time to start following her own direction. 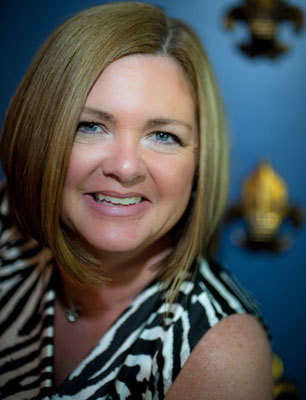 “A few days later I got in my car before the kids got up for school and drove to a park with a running path. Each circle around was a mile and I was determined to walk around that circle four times. And really, that first go-around didn’t feel overwhelming. I was fine. Until I got home. Then I had to take a nap.”

But that didn’t stop the determined Mom. She followed that same routine five days a week — beginning before the kids got up, and then after walking four miles, falling back into bed the moment they left for school. Until suddenly one day, she simply wasn’t tired anymore.

“The muscle soreness began to dissipate,” Ellen remembered, “and I could feel myself starting to get conditioned. So I began to challenge myself. When I was on the path, whoever was half a mile ahead of me, became my target. It didn’t matter if it was a little old lady or a 20-year-old guy, they were my competition and I was going to take them down!”

How to Kill Cravings with Walking

“I noticed a couple of months in, that I wasn’t craving sweet things. I love sugar, but I wasn’t craving it anymore. I was actually thinking about vegetables. I’d have to go to Whole Foods because I wanted a veggie burger. For someone like me, who had fat girl taste buds, that was huge!”

It wasn’t long before Ellen was walking 25 miles a week and the weight she had struggled to get off, was slipping away.

“I’d been walking to lose weight for about three months and one day I reached into the closet and put on a pair of pants and realized they were really big on me. I hadn’t been weighing myself because I didn’t want to get discouraged.”

The Benefits of Walking to Lose Weight

“When you struggle with your weight,” Ellen explained, “the scale can be your arch enemy. If I had lost three pounds, I would feel like I had permission to eat something that I really shouldn’t and then the three pounds would come right back. This wasn’t about a number on a scale. This was about changing my life.”

A year and a half from the time she walked that very first mile, that’s exactly what Ellen did. She was down to a size 6 and more importantly, she no longer needed to take any medication. And she also discovered a few other added benefits.

“The walking changed my metabolism. Now if I want to eat dessert once in awhile, I don’t have to worry about it. I can eat things I’ve never been able to eat before. My body became a lean, mean fighting machine.”

Get Ready for Compliments

“But the greatest compliment came from a neighbor I hadn’t seen for awhile. I noticed her as I was driving by, so I stopped to ask about her family. It was just before Thanksgiving and I was going out of town, so I told her if she needed tables or chairs for the holiday, she could use mine. And she asked where I lived! She didn’t recognize me!”

Ellen has not only changed the way she looks, but the way her family looks at life. She’s broken a cycle that’s haunted them — and given new hope to the next generation of Cagnassola women.

“I feel like I did something life changing,” the mother of two said softy, “not just for myself, but for my daughters. I want my girls to go out into the world and know they can do anything. Now I feel like I’m leading by example.”

I showed this article to a friend who feels very discouraged about ever being able to lose weight.

It is clear that walking to lose weight is an excellent option to shed your excess weight. Do not be discouraged, it works!

Please share your tips and motivation to lose weight.

Have you ever added walking to lose weight to your program?