Who is Allyson Felix?

If you have been hiding under a rock regarding U.S. Track & Field sprinters, it is time to meet Allyson.

Allyson Felix is an American track and field sprint athlete who competes in the 100 meters, 200 meters, and 400 meters.

In Olympic competitions, Allyson Felix has a total of 6 Olympic gold medals, three silver medals, and one bronze.

In her fifth appearance at the Olympics, Allyson Felix won the bronze, her 10th Olympic gold medal In the 400m final of the Tokyo 2020 Summer Olympics.

And in her final Olympic appearance on August 8th, 2021, Allyson won her 11th Olympic medal in the 4×400 m relay where she won a seventh Olympic Gold medal.

This was her first appearance in the Olympics as a 35- year old mom as she gave birth to her daughter Camryn on November 28, 2018.

She is the most decorated female sprinter in U.S. history as of 2021 even surpassing track legend Carl Lewis as the most medaled American track and field Olympian.

Allyson Felix, the GOAT, the greatest American track athlete of all time!

How’s that for inspiration?!

Felix began her career at the age of 18.

She won a silver medal in the 200 meters race at the 2004 Summer Olympics and set a world record.

The 2004 Summer Olympics was also the beginning of her rivalry and friendship with Veronica Campbell Brown of Jamaica, who won gold.

We do not associate deadlift training with track and field.

Deadlifting is for bodybuilders or powerlifters only, right?

Barry Ross, US Track and Strength Coach, details how Allyson’s deadlift program in the weight room improved her running times.

He designed a strength training program for Allyson Felix back in 2002.

In only ten months, Allyson’s deadlift went from 125 lbs to 300 pounds.

As a result, her 200-meter sprint time improved, and she ran the fastest 200 meters in the world in 2003 (without resorting to drugs) for all women.

So, if you want to increase your speed, do not overlook the power of the deadlift and strength training. 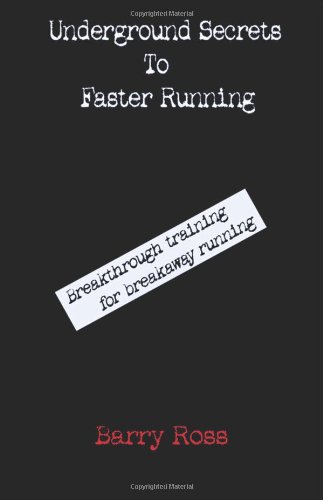 Coach Ross chose the deadlift workout as the centerpiece of the strength training workout.

Because the deadlift works most of the muscles of your body and involves multiple joints.

“Why waste time and energy on squats or leg press machines?” Ross wondered in his 2004 article ‘The Holy Grail of Speed Training”.

She was nicknamed “Chicken Legs” by her teammates at Los Angeles Baptist High School in North Hills, California.

Because at five-foot-six inches and 125-pounds, she had skinny legs.

Yet, despite her small frame, she deadlifted 300 pounds at a bodyweight of 125 pounds.

Even if you are ‘skinny,’ you can follow the Allyson Felix deadlift workout to increase your deadlift, power, and speed.

See The Skinny Fat Body Transformation Nutrition and Training Guide for more details on how to change your body from skinny fat to lean and muscular.

#3. Not only the Deadlift, Leg Press as Well

Allyson Felix deadlifting 300 pounds at a weight of 125 pounds is not the only wonder.

A 700 pounds leg press just might trump the Allyson Felix deadlift of 300 pounds.

There is no question that her deadlift workout program increased her leg press strength as well.

Below are the medals Allyson Felix has won over the last 15 years according to Wikipedia, what a resume:

She is now the most celebrated woman in the Olympics track and field history.

This post focuses on her rocket rise to stardom and the role that the deadlift played in her training.

Whether you are a runner, actor, accountant, programmer, or overweight and looking to get fit, the deadlift can transform your body and life.

Read how the deadlift helped propel Allyson Felix to track and field greatness.

The deadlift can do the same for you, whatever your sport or interest is. 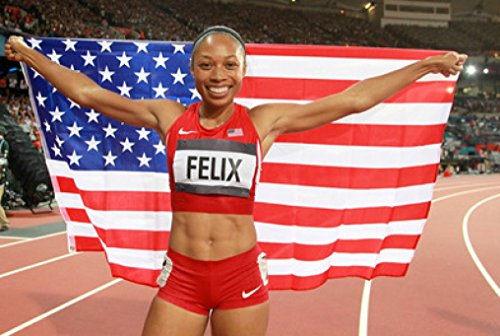 Do you think deadlifts are only for bodybuilders, actors, powerlifters, and Olympic track and field stars?

No matter what your age, read about Shirley Webb, age 81, and how she can now stand up from chairs and walk up the stairs without a cane because of the deadlift.

Also, see the 27 Sensational Ways How Deadlifts Change Your Body

Then, use this beginner deadlift workout routine to get started on a 12-week deadlift program.