Introduction to the Squat and Saquon Barkley

What's the big deal about the Saquon Barkley squat?

Because squats power his sensational performances on the field, Saquon is one of the most exciting NFL running backs in generations. Just watch Saquon Barkley turn on the jets to elude, evade, break tackles and take off like a rocket.

As a result, you will understand why the NY Giants got such a fantastic draft pick. To see Saquon weave a magical path of explosive speed, watch these Top 10 plays below.

Even those with no interest in football love his eye-popping highlights because he takes off like a jet down the field, leaving the defenders speechless.

For example, I showed my cousin the top 10 highlights below, and she loved watching. The NFL just got one more fan. Therefore, you have to see the results of the squat for Saquon Barkley to believe it yourself:

Wikipedia makes no mention of weight lifting being a primary force for change in Saquon's athletic career, and in his life. Most importantly, to clarify, this is not only about weightlifting, but this is also about the most challenging, hardest compound lifts. For instance, squats, deadlifts, bench press, and power cleans.

But, while Wikipedia completely missed out on the big story of how changing your body can change your life. You will not.

Perspective from His High School Coach

Saquon's hometown is the Bronx, New York City, where he was born. Alibay Barkley, his dad, subsequently moved the family to Whitehall, Pennsylvania. After that, Barkley started to mature as an athlete at Whitehall High School under the guidance of coach Gilbert.

Coach Brian Gilbert relates that Saquon was talented. But, he was only 160 pounds when he was a sophomore. But, after one year of weight training, he put on 30 pounds and had a breakout junior year.

“After his sophomore season, I challenged Barkley to become a leader in the weight room. And he accepted. During his offseason going into his junior year, Saquon would say, ‘Who wants to do another workout?'

And he just kept doing workouts after workouts. His confidence level went up because of his strength,” Gilbert said. USA Today

Saquon's dedication in the Whitehall and Penn State Weight rooms is legendary. Here is number 26 doing squats of 525 pounds for five reps without wearing knee sleeves:

As if Saquon's power clean wasn't impressive, here he is squatting 525 for five reps this morning pic.twitter.com/fa3nYA6joi

Saquon Barkley could probably squat 650 pounds as well, but Saquon is a football player, not a powerlifter.

But, the truth is that number 26 is a football player who can easily compete in powerlifting.

And here is Saquon doing a power clean of 405 pounds, no powerlifting belt, no knee wraps or gloves:

What Weight Lifting Means to Barkley

Is the connection between the squat and naming Saquon Barkley NFL Offensive Player of the year a coincidence? Did he dominate in college football because of sheer luck? Then, listen to Saquon Barkley's own words:

“I'm a firm believer that the work you put in in the weight room translates to the field,” Barkley said. “Some people don't think it correlates.

A lot of people think you have to do football specific stuff and that's true.

But I think football is a direct correlation with weightlifting. I think the stuff that you do — the explosive movements, the leg strength — helps you finish plays and enables you to break tackles.”

Saquon's phenomenal ability to run a 40-yard dash in 4.3 seconds is not just because of DNA. It is because he focused on building his quads, legs, posterior chain in the weight room.

Saquon Barkley: ROOKIE OF THE YEAR (Mini-Movie)
Watch this video on YouTube.

This phrase, change your body -- change your life, is not just a cute little saying. You can see for yourself the real results of squats in Saquon Barkley's life. Of course, Saquon indeed started life with talent and genetics. But, they are not what got him to where he is today.

Instead, it is because of hard work in the weight room, building strength, and adding 70 pounds of power. For example, full-body exercises like squats, deadlifts, bench press, power cleans, tire pushes, farmer walks, and medicine ball throws, and good clean real food. This is the type of diet and training that helped Barkley fulfill his potential.

Saquon Barkley and his girlfriend, Anna Congdon with their daughter Jada Clare:

21-year old Saquon Barkley of the New York Giants won the prestigious AP Offensive Rookie of the Year award for 2018. Here are some of his accomplishments for his first season Barkley played in the NFL:

On September 23, 2019, Giants Head Coach Pat Shurmur confirmed that Barkley suffered a high ankle sprain injury in a game against Tampa Bay. Here is the video of the tackle that turned 2019 into a big disappointment for Saquon and the Giants:

Since his ankle injury, Saquon has racked up the worst stats of his young career in a home game 34 -- 27 loss against the New York Jets. Whether Saquon regains his former glory or not, and we all hope he does, his struggles do not diminish the positive impact of weight training like squats, deadlifts, and cleans on his success. And you can use this secret to your advantage.

Success leaves clues. If you are a teen in high school or a young man in college, are you hitting the free weights? Whether you are an athlete or not, getting stronger in the big compound lifts can explode your strength.

And what if you are over 50? Do you think that squats and deadlifts will not transform your physique like Saquon Barkley's?

The good news is that if you work on the big three lifts, you set yourself up for success in any area of your life.

The squat changed Saquon Barkley's life. This will inspire you to get in your own squat workout today. 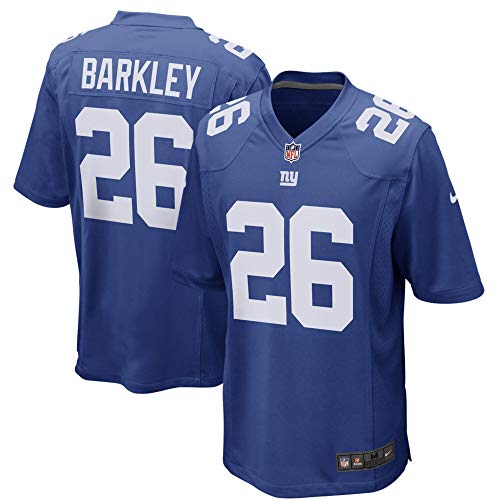 Rich is an Integrative Nutrition Health Coach and author of Crossing the Bridge: Diet + Training to Rebuild Your Body & Life. At the age of 55, he discovered how losing 20 pounds every 3 months, and the deadlift can change your body, and even change your life. Go here to read how the deadlift changed his life, and see how he did it. Feel free to send Rich a message here.

Franco Columbu Deadlift Records Will Inspire You to Achieve Your Dreams

If 81-year-old Grandma Shirley Webb's Deadlift Story Doesn't Motivate You, What Will?

How to Deadlift Like a Boss in 5 Simple Steps

How an Obese Man Lost 75 Pounds in 6 Months

How to Lose 10 Pounds in a Month

The Secret Sauce for Weight Loss

What Are the 5 Components of Fitness?

How the Powerful Overload Principle Explodes Your Fitness

A Simple HIIT Workout will Torch Fat and Transform your Body

ZEHHU: Crossing the Bridge from Depression to Life
$2.99
Buy on Amazon

Do you think it is possible to ever lose the weight?

Remember when you were in shape back in the day?

Do you think that losing weight and finally fitting into your clothes is a pipe dream?

You are in the right place if you want to make an end to your obesity, but do not know where to start.

Get The Fat to Fit Transformation Plan Cheat Sheet

that I used to trim 18 inches off my waist in 6 months.  This cheat sheet is a roadmap for your own fat to fit transformation.  What do you have to lose, other than your belly?

You have Successfully Subscribed!