Watch Shaquem Griffin Bench Press 225 pounds for 20 reps and his 4.38 in the 40-yard dash at the NFL Scouting Combine in March 2018. Both shocked the world of sports.

The reason his bench press stunned anyone who saw it is that he has only one hand and used a prosthetic device strapped to his left arm. Nevertheless, this University of Central Florida Knights linebacker pumped out 20 reps.

“Just starting that off, I just felt the energy from everybody,” said Griffin, “and as soon as I heard I was at 16, I was like, ‘I’m going to change my fitness regimen and go for 20’. It felt amazing to reach that goal.”

“I remember when I first started using the prosthetic, I had just the bar and I was shaking all over the place when I first got to UCF and being able to put up numbers like that is amazing because it goes to show how much hard work I put in to get this level.”¹

How did Shaquem Griffin lose his hand?

While he and his brother Shaquill griffin were still in utero, the umbilical cord wrapped around Shaquem’s wrist, this event is called amniotic band syndrome. His mother had a gut-wrenching decision to make – does she remove the umbilical cord from Shaquem’s wrist and risk that it might kill his twin brother Shaquill, or leave it and face the consequences of potential damage to Shaquem’s hand? 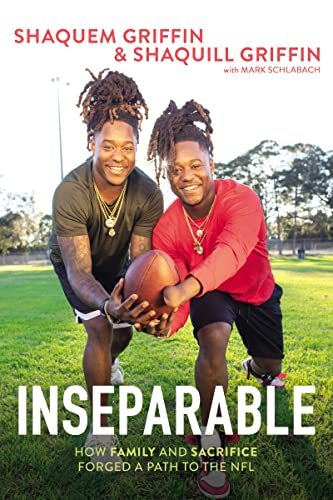 She decided not to risk that the umbilical cord would wrap around Shaquill’s neck. That is how Shaquem lost his left hand, as a result of amniotic band syndrome.

The pain caused by his undeveloped left hand was so intense that Shaquem took a knife at the age of four years old and tried to amputate his hand. His parents had that procedure done to alleviate his pain.

When Shaquem was eight years old, an opposing team coach attempted to keep him out of a championship game because he declared that football is for two-handed players only. But Shaquem proved him wrong. At the end of that game, he made an interception that sealed the win.

It also cemented in his mind the saying that his father always said to him:

Nothing comes easy. You have to work for what you want.

Griffin proved everyone wrong who doubted him and is an inspiration to all people, with one or two hands.

Griffin faced obstacles every step of the way in his life from a lot of people. Whether it was bullies at school or coaches that doubted his ability to succeed at football, he had to work even harder to get to where he is today.

While at UCF, his brother Shaquill made a name for himself as a quarterback, but Shaquem got little to no time on the field. That was a dark period in his life, but Griffin put in the work as his father taught him, and kept training, believing that his time will come, because “nothing comes easy.”

And so it did, after three winless seasons, UFC brought in a new coach, Scott Frost, and he saw the fire in Shaquem’s heart and gave him an opportunity. Griffin did not let that opportunity go to waste.

In Shaquem’s own words – “Coach Frost came in and brought me back into the light…He gave me the opportunity I had been waiting for, ever since I first arrived at UCF. And I took advantage of it.”

Did he ever, because University of Central Florida linebacker Shaquem Griffin was named the 2016 American Athletic Conference (AAC) Defensive Player of the Year, and the 2018 Peach Bowl Defensive MVP.

In his senior year, UFC went from winless to undefeated under coach Scott Frost.

After his stunning bench press and 40-yard dash performance at the 2018 NFL Scouting Combine, the Seattle Seahawks drafted Shaquem Griffin on March 29, 2018. In one stroke of incredible miracles, Shaquem reunited with his twin brother Shaquill.

The NCAA Inspiration Award goes to an individual, who, when confronted with a life-altering situation used perseverance, dedication, and determination to overcome obstacles and most importantly, now serves as a role model to give hope and inspiration to others in similar situations.² 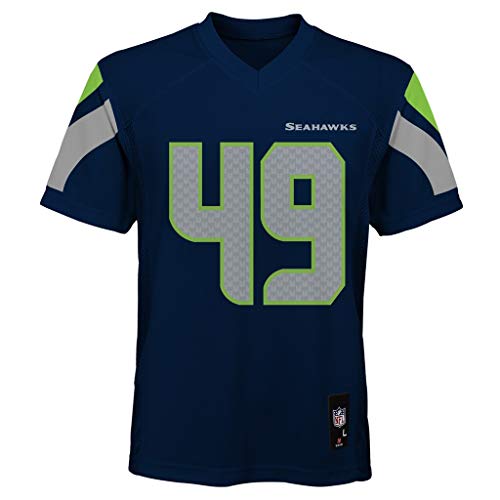 If you ever doubt your abilities, think of what Shaquem Griffin and others like him struggle with every day. Learn from Shaquem to:

Last but not least, make sure you watch this NFL network video on how Shaquem Griffin inspires children to persevere despite their challenges:

I am Shaquem Griffin motivational video

Compared to what Shaquem Griffin overcomes every day, losing weight and getting fit should be a piece of cake.

But if you are not sure how, use this simple guide to lose 20 pounds, one deadlift workout routine, and start doing pushups.