Eddie Hall’s deadlift tips are worth their weight in gold.

Because if you want to learn about the deadlift, there is no one more accomplished than Eddie.

It is no wonder that Eddie is known as The Beast!

He performed his most famous feat of deadlift strength on July 10, 2016, in front of 10,000 fans at the World Deadlift Championships in Leeds, England.

How He Started His Strongman Career

Hall was born in Newcastle-under-Lyme, England on January 15, 1988.

The Beast started his athletic career as a Rugby player and competitive swimmer as a teenager.

Despite being expelled from Clayton High School at the age of 15 and becoming a car mechanic, he achieved worldwide fame for his strongman and deadlift titles.

He originally trained as a bodybuilder and then qualified for strongman competition in 2012 at the age of 24.

In his last Strongman contest, Hall defeated four-time winner Brian Shaw, from the USA, and Game of Thrones star Hafthor Bjornsson “The Mountain” from Iceland.

Immediately after this jaw-dropping deadlift, Eddie Hall nearly died from bursting blood vessels in his brain.

He lost consciousness and temporarily lost his vision.

As a result, Hall retired from Strongman competitions because of health concerns and devotion to his wife Alexandra Hall and their two children.

Hall’s 500kg world record deadlift still stands today and is not in jeopardy of being broken anytime soon.

One of the only other men on the planet who appears poised to do a 501kg deadlift is American Jerry Pritchett.

Watch Jerry makes deadlift of 1,030 pounds on an elephant bar:

#1. Find your perfect starting position with a deficit deadlift.

#2. Keep the barbell over the middle of your foot.

#3. A good cue is to line up the bar right over the arch of your foot.

#4. Or you can also use masking tape on the floor under the barbell to see where midfoot is for your feet.

#5. Your position should be shoulder-width, similar to how you set up for a leg press.

#6. A good cue for how wide your grip should be is to line up your thumbs with the middle of your shin and then grip the bar.

#7. There should be no friction between your arms and legs, pulling or lowering the weight.

#8. The bar should travel in a straight line up and down.

#9. Instead of letting the bar crash to the floor, lightly tap the bar on the floor between reps.

#10. Hold the bar tight and leg press the planet away from you.

#11. A fascinating tip is not to waste time and energy deadlifting the bar to a full lockout position.

Because the hardest part is deadlifting the weight to the knee.

Therefore, that is where most of your training should be.

#12. Deadlift to a full lockout position once a month.

Why waste time and energy training for the last half of the deadlift if the first half is the most difficult?

#13. Always work between a 10 and 12 rep range for smaller deadlift assistance muscles, like your lats which are relatively small compared to the main muscle groups used by the deadlift.

#14. For compound movements like the squat, deadlift, and bench press, 5 or 6 reps is enough to fatigue the muscles worked.

#17. For every exercise you do, end with the highest weight you can move.

Once your muscle gets used to lifting heavy, why go backward?

#19. Train explosively for all your exercises.

#21. Use a deadlift bar that has the proper tensile strength for competitive deadlifting.

He pulled 500kg for a world record that still stands using the Texas bar. 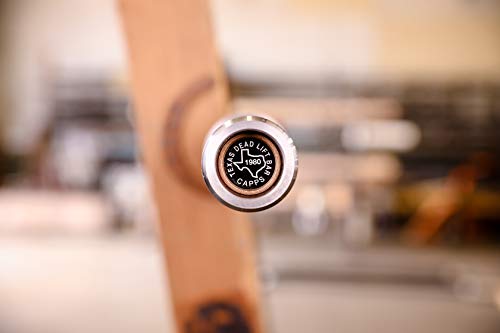 #23. He also suggests using the deadlift deadener. to protect your floor, reduce noise, and perfect your technique.

Whether you want to deadlift a thousand pounds or dramatically change your body, use these 23 Eddie Hall deadlift workout tips to improve your technique and strength.

If you are a deadlift beginner and need to lose weight first, use this guide to lose 20 lbs in 3 months.

Once you are ready to deadlift, learn How to Do a Deadlift for Beginners – A Step by Step Guide, and then try out this beginner deadlift training routine and 12-week program.

When you want to know the best deadlift tips, learn from the King of the deadlift, Eddie Hall.

About Squats and Deadlifts:

Squat and Deadlift Workouts and Programs:

Never Give Up on Getting Fitter Than You Are Today