Which Franco Columbu workout routine tips can you apply to your training?

Franco was an accomplished powerlifter and bodybuilder, holding numerous world records, including the Mr. Olympia title in 1976 and 1981.

You might not be able to deadlift 750 pounds like Franco, but you can surely implement his sage fitness advice.

How do you know that you can rely on Franco Columbu’s workout tips?

Franco developed from a teenage boxer to one of the strongest powerlifters of all time, competing in the inaugural world’s strongest man competition in 1977, and winning the coveted Mr. Olympia twice as a bodybuilder.

Also, if you think Sylvester Stallone looked in the best shape of his life in Rambo and Rocky II, there was a good reason – Franco Columbu was his training partner and coach.

You can depend on Columbu’s expertise to design an effective workout to build an impressive physique.

Sadly, Francesco Maria Columbu passed away on August 30, 2019, while vacationing in his native Sardinia at the age of 78.

The video below is a poignant tribute to a man who is an inspiration to millions.

Here is the foundation of Franco Columbu’s workout and training routine:

“Train each body part twice a week, as hard and relentless as possible each time.

Every second week, I’d deadlift after my leg routine.

The main clue here appears to contradict those who preach to squat or deadlift every day.

Franco Columbu’s workout routine did not consist of hitting squats and deadlifts every single day. 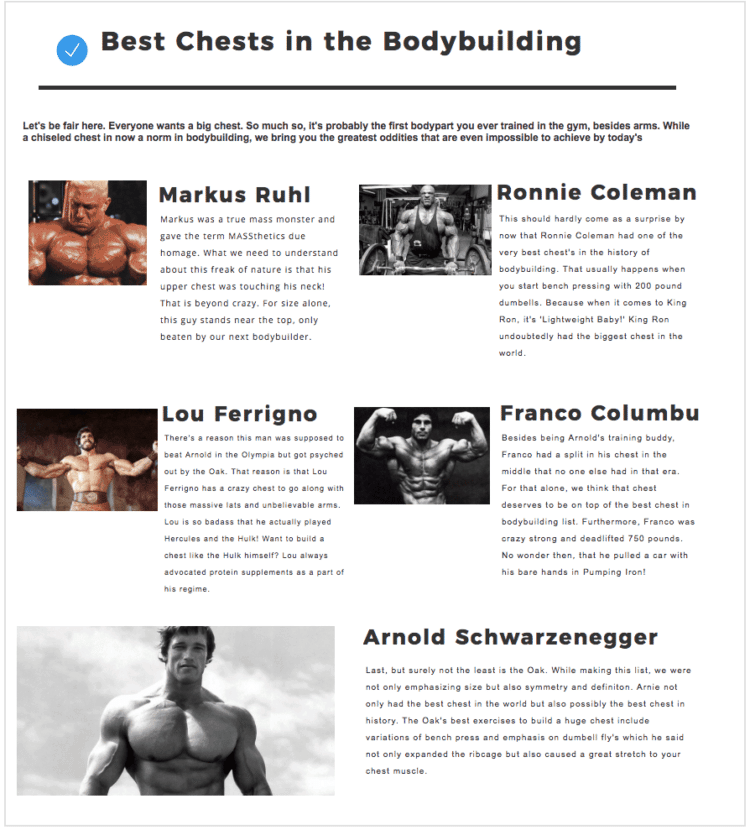 Here are 5 Powerful Franco Columbu Workout Tips You Can Introduce to Your Routine Today:

According to Rick Madden of Muscle and Brawn, Franco did the following squat workout:

His squat workout sets went from 8 repetitions to 6, 4, and then 2.

This leg workout alone would take hours for a mere mortal to complete.

If you do seven sets of squats and rest between sets for 3 to 5 minutes, your squat workout will take about an hour.

You have to warm up and rest between sets.

A superset is when you do two exercises, one after the other with no rest in between.

In his chest workout, Franco did:

After each of these bench press sets, Franco did 20 reps of cable crossovers.

Cable crossovers are a superset that you can immediately apply to your chest workout.

How to Do Cable Crossovers

Do not be discouraged because you have to remember that both Columbu and Schwarzenegger were young and using steroids (legal at that time, but not now), which helps you workout out harder and longer.

But, don’t use steroids yourself cause they are illegal and cause a host of other physical and mental problems like:

If you think the catastrophic consequences of steroids are a big fat lie, check out this article with a full list of 31 dead pro bodybuilders who died from steroid-induced health complications at a young age.

They paid the price for building inhuman muscle.

They won many prestigious awards, but at a deadly cost.

The Hashi Mashi Plan is for improving health and muscle for beginners in weightlifting and fitness.

Focus on nutrition and training, not steroids.

Franco Columbu’s back workout consisted of:

Another monster workout for the Sardinian Strongman who once blew up a hot water bottle in 55 seconds on live tv!

Franco himself wrote a detailed article for the currently closed website Strength-Oldschool with his secret sequence for massive arms.

Apply these 5 keys of the Franco Columbu arm workout plan to your routine, and see the results, especially his advice to rest a full day in between training.

Despite his famous persistence and work ethic, he still made sure to allow time to recover before the next workout. 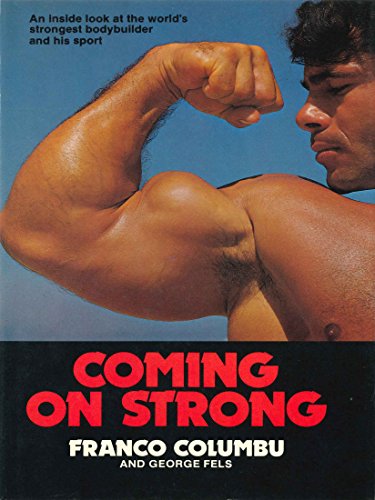 During the golden age of bodybuilding, when Franco was competing against Arnold Schwarzenegger and Frank Zane, they trained twice a day, with early morning and evening workouts.

Columbu and Schwarzenegger were close friends and were brought to America by Joe Weider in 1969.

He believed in their potential and as a result, Weider sponsored their bodybuilding training with a stipend of 65 dollars a week.

They did not disappoint as they both became world-famous proponents of the bodybuilding lifestyle.

However, most likely, you have a job or career, or you are retired and are not a professional bodybuilder.

You do not want to train 5 hours a day, like Columbu and Schwarzenegger.

And you do not have a Joe Weider in your life to sponsor your workouts.

So, you have to do what works best for your age and fitness level today.

Don’t be a big shot and attempt to go all out on squats, deadlifts, or bench presses every day especially if you are an older powerlifter or bodybuilder.

Eventually, your tendons will say “No Mas,” and you might end up with very distressing elbow pain from lifting weights or worse.

I made that mistake so you don’t have to!

Injuries will stop you dead in your tracks from training.

The best practice is to follow a structured strength training program, such as: 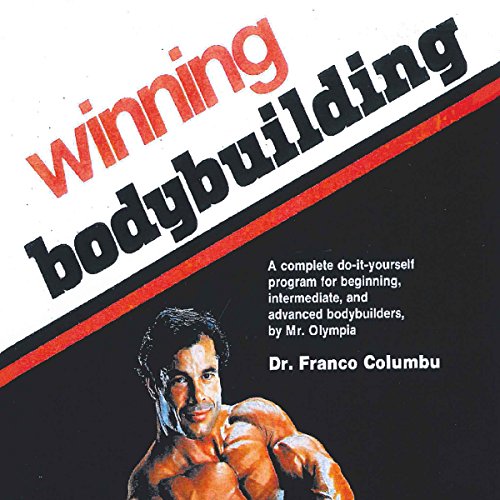 Now that you know Franco Columbu’s workout tips, the next step on your fitness journey is to use one of the following beginner workout plans:

Exercise will only sculpt a great physique with the right nutrition, especially when you are trying to get fit over 50.

So don’t miss the boat, see The Best Diet to Get Ripped and Lean at Home + Meal Plan.

Of course, in tandem with his classic book on Winning Bodybuilding, Franco also published the definitive book on Bodybuilding Nutrition. 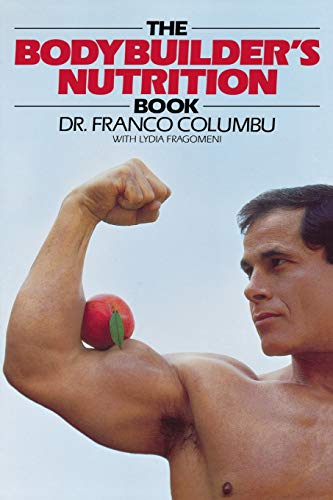