Who is Rob Mcelhenney?

What are the best Rob McElhenney workout strategies? But first, you might wonder who McElhenney is and what does he know about body transformation?

So, here is a brief introduction:

Rob Mcelhenney is an Irish American creative phenomenon, as he is a screenwriter, producer, director, and actor on FX’s hit comedy “It’s Always Sunny in Philadelphia.”

McElhenney was born in Philadelphia, Pennsylvania, on April 14, 1977.

He started his acting career in 1997 with a role in The Devil’s Own.

In 2005, FX picked up his proposal for “Always Sunny in Philadelphia.”

By Sunny season seven, Rob pursued the idea of his character Mac, transforming into Fat Mac. And, he put on an additional 50 to 60 pounds to change from a normal-sized Mac into a pregnant Mac. 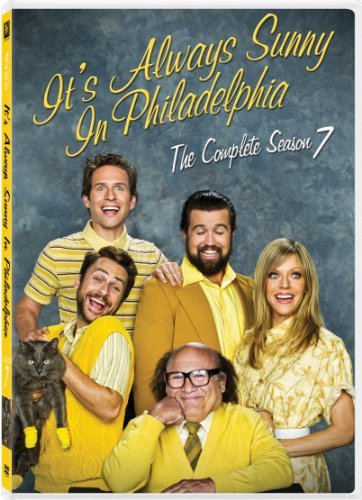 It's Always Sunny in Philadelphia: The Complete Season 7 by Charlie...
$42.52
Check Price

McElhenney’s sudden weight gain and what he did to transform from fat Mac to ripped Mac is the perfect model for why you got fat and how to get fit fast.

How You Got Fat

When McElhenney decided to put on 50 pounds in 5 months, he initially started eating healthy foods, like brown rice and a lot of chicken breast.

Soon enough, he realized that he could not eat enough of that type of food to put on significant weight.

Brown rice and chicken breast are typical bodybuilding foods for a reason.

They are clean and filling.

He discovered that highly processed food would solve his problem if he replaced his chicken and rice with Big Mac’s, Krispy Kreme’s, and ice cream.

A Big Mac is so processed that putting more than 1000 calories in his body at one meal was very simple.

Before long, he topped his goal to add 52 pounds to his frame in grand fashion.

Most Americans take 30 years to gain fifty pounds; he did it in three months.

If you are obese today, you likely did it the same way that Rob McElhenney did.

Eat processed food and too much of it.

Getting fat is easy to do.

But how he reversed course is instructive as well.

McElhenney went from a 220-pound butterball fat Mac to a ripped Mac:

So, how did Rob McElhinney lose weight and get jacked?

#3. Don’t eat any carbs or sugar at all; in fact, don’t eat anything you love

#4. Get the personal trainer for Magic Mike, sleep nine hours a night, and run three miles a day

#5. Have a studio pay for the whole thing over a six to seven-month span

You can see that the key takeaways are:

No worries, because all you need is:

plus Rob McElhenney’s diet and workout tips above.

And an appropriate body image to compare oneself.