Who is Roy Hibbert?

Roy Hibbert is a retired two-time NBA All-Star basketball player for the Indiana Pacers and is now a Player Development Associate for the Philadelphia 76ers coaching staff.

Where is Roy Hibbert from?

However, his father Roy Hibbert Sr. is from Jamaica, and his mother Patty is originally from Trinidad.

It is safe to say that outside of his incredible height, he had no other outstanding athletic abilities.

In high school, Hibbert relied on his height as his main advantage on the court.

But when he went to Georgetown University in 2004, Roy Hibbert’s nickname was “Big Stiff” because of his lack of athletic ability, strength, and coordination.

Hoyas coach John Thompson told him that he would be spending his time on the bench if he did not get stronger. 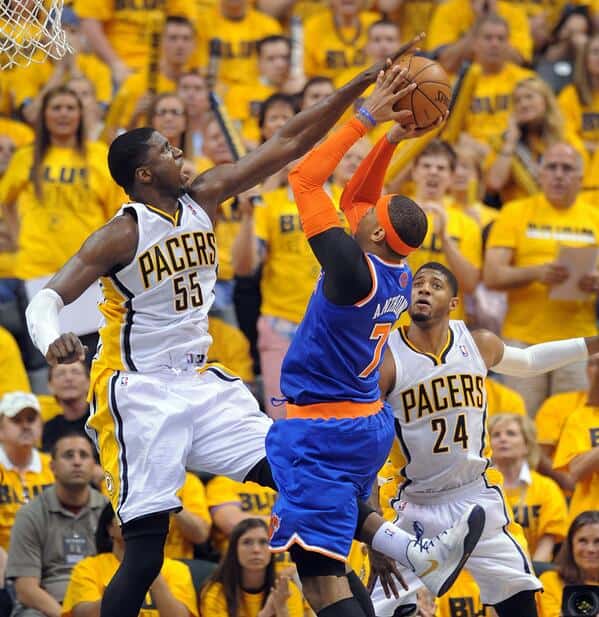 How Humiliation Can Spark Success

During one of his first workouts at Georgetown, 7’2″ Hibbert could not even do one push-up.

In a 2012 interview, Hibbert remembered the pain of an athlete’s shame:

“It was humiliating,” Hibbert said. “All these girls are watching — they can do push-ups but I can’t.”

Not only could Hibbert not do a push-up, he couldn’t bend his knees enough to do a single squat, even without holding weights.” – Jordan Ritter Conn of Grantland.com

He lacked strength and Coach Thompson wanted him to gain mobility, stability, and strength if he ever hoped to play for the Hoyas.

Roy knew that if he did not get stronger, his dreams of playing in the NBA were toast. So, instead of PlayStation, weightlifting became Hibbert’s passion, and he showed up at the gym early in the morning on a daily basis.

Like the Department of Defense has discovered with its brand new Army ACFT deadlift standards, athletic coaches know that the deadlift has great benefits for basketball players.

For example, the deadlift works your entire body with one exercise.

And in particular, deadlifting will focus on those muscles which are typically ignored but are so important for an athlete, specifically the posterior chain.

The posterior chain is made up of all those powerful muscles that you cannot see in the mirror, meaning all the muscle groups on the back half of your body:

It is these muscles that power the speed and strength of any athlete who needs to run, whether it is an Olympic runner like Allyson Felix, NFL running back Saquon Barkley, or two-time MVP and three-time NBA Champion Stephen Curry. 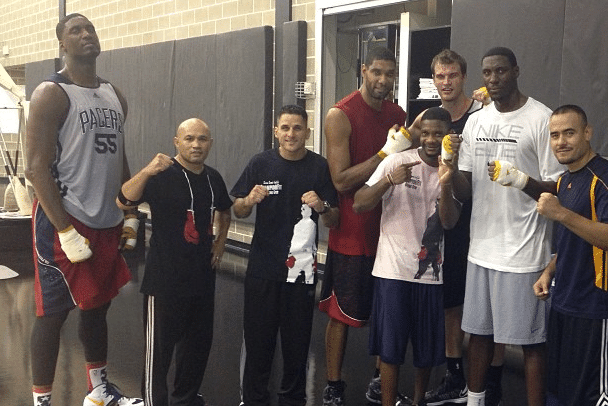 What Happened to Roy Hibbert’s NBA Career? From All-Star to Out of NBA

Roy Hibbert’s deadlift can inspire you to work harder.

He knew the powerful benefits of deadlifts and became a world-class NBA All-Star, and the deadlift helped him power his way in the NBA.

How tall is Hibbert?

See How to Deadlift for Tall Guys: The Best Tips to Power Your Lifts for additional deadlifting recommendations for the taller lifter.

Roy had to get serious about getting stronger and worked hard to develop from the Big Stiff to a force on the center court.

His relentless efforts in the gym paid off since Roy Hibbert’s net worth today is estimated at close to 50 million dollars.

In the TV Show Parks and Recreation

Hibbert appeared as himself in several cameo appearances on NBC’s Parks and Recreation.

Roy did not have the natural athleticism, mobility, coordination, and strength necessary to compete in the NBA.

He had the height, but not the brawn.

The deadlift, along with more strength training exercises enabled Roy to become a two-time NBA All-Star.

Whatever your height is, and no matter how lanky or heavy you are today, you too can build a leaner and stronger body with a deadlift strength training program.

With the right training program and nutrition, you can burn fat and build muscle with a deadlift workout routine and program.

The deadlift helped Roy Hibbert achieve his dreams, and the deadlift can do the same for you.

No matter where you start, Roy Hibbert’s deadlift results to unleash his basketball fitness will inspire you to achieve your dreams.