Lamar Gant’s deadlift accomplishments will astound you. He was a once-in-a-lifetime powerlifting phenomenon.

He is most famous for his feat of deadlifting 661 pounds when he weighed only 132 pounds.

This incredible feat of strength is why much of this post focuses on Lamar’s amazing deadlift accomplishments.

But first, Who is Lamar Gant, and what can you learn from his achievements?

Second, what is unique about Lamar’s deadlift and Powerlifting world records?

And finally, why is his story important and inspirational for everyone, no matter what your field?

Time to find out:

Lamar Gant is an American world record-holding powerlifter who was born in 1957 in Fort Collins, Colorado.

He was inducted into the international powerlifting federation hall of fame in 1980 and is arguably one of the greatest American powerlifters of all time.

Some of his deadlifting records remain standing till today.

He is a sixteen-time world champion of the international powerlifting federation (IPF) world titles.

What is astonishing about his national and ipf world championships?

He was all of 5 feet 2 inches in height and 123 pounds in weight, not the typical profile of a powerlifter.

He won his first world powerlifting title in 1975 at the age of 16 and his last 15 years later.

No powerlifter has ever won more.

And that is not all.

Can You Deadlift Your Body Weight?

In 1985, he became the first person in history to deadlift five times his own bodyweight.

This remarkable deadlift is a feat unmatched till today.

He deadlifted 661 pounds at a bodyweight of 132 pounds.

Below is a video uploaded by Lexington Plummer of a Lamar Gant deadlift of 634 pounds at 5’2″ in height and a bodyweight of 123 pounds.

Watch Lamar Gant deadlift 634 pounds at a bodyweight of 123 lbs:

If this deadlift record does not motivate you to make the most of your genetic potential, what will?

Lamar holds the world records for deadlifting for the 123-pound and 132-pound weight classes.

You might say that his short torso and long arms helped his deadlift.

Nevertheless, Lamar Gant is still the only person in history to deadlift five times his body weight.

Let’s see, for me, or possibly you to achieve the same that would mean a deadlift over a thousand pounds!

In case you think he was only spectacular at the deadlift, he has also held the world record in the raw bench press and the squat.

Here are some of his accomplishments with squats and bench presses:

Here is another Lamar Gant deadlift marvel: He has scoliosis, which is the curvature of the spine.

Scoliosis afflicts approximately 5% of the U.S. population and is about five times more common in women than in men.

Scoliosis is a progressive, and possibly even life-threatening disease.

Nevertheless, despite having scoliosis, he deadlifted weights of over five times his bodyweight.

As reported by Terry Todd in Sports Illustrated, Robert E. Kappler, chairman of the department of osteopathic medicine at the Chicago Osteopathic Medical Center said:

“I’ve seen nothing in the literature at all like this, in which a person with such an advanced degree of curvature as Lamar Gant’s back has—so advanced that he’d be four to six inches taller without it—is nevertheless a world-class athlete.

Most scoliotics are weaker than the average person of the same age.

My guess—and it’s only a guess—is that Lamar’s heavy lifting and extraordinary musculature have helped him to be more stable than he otherwise would be.”

Gant’s powerlifting successes can serve as a lesson for any of us who think that we were not born with the physical capabilities to build muscle.

Never give up, keep working at building muscle no matter where you are in life, more muscle means better health, as Dr. Kappler suggested, even for a man like Lamar Gant with idiopathic scoliosis.

And when you want to build more muscle, look no further than the powerful benefits of deadlifts for your entire physique.

His first powerlifting championship came at age 18 when he won the 123-pound class at the 1975 IPF world championships in Birmingham, England.

In doing so, Lamar became the youngest men’s world champion in powerlifting history.

Lamar Gant set his first world record deadlift in 1974 by deadlifting 524.5 pounds at a body weight of 123 pounds at the Flint Olympian Games.

The current Lamar Gant Deadlift Records that still stand are:

If that did not impress you, how about a video uploaded by Steve Goggins of another Lamar Gant deadlift of 672 pounds at a bodyweight of 132 pounds?

According to Lamar Gant, you should not burn yourself out in your deadlift training.

He believed that you have to be careful about overtraining on the deadlift and for that matter, whatever weightlifting that you are doing.

In Lamar’s own words:

“You need to pace yourself in the deadlift.

The deadlift is the one lift that demands the most mental toughness, but that does not mean that you have to go all out every workout.

When you are doing eight reps in a workout set, you should be using a weight that you can do 11 reps.

Otherwise, you will burn out before you reach your peak.

Don’t focus so much on the amount of weight that you are lifting every time you go to the gym; don’t do all that you are capable of, give yourself space.”

Another detail to know about Lamar Gant’s deadlift routine is that he never missed a workout as he is quoted by Terry Todd, the former powerlifter and journalist, to have said:

“Man, I would never miss a training session. Never!”

Consistency was a big part of Lamar’s success besides the fact that he had an incredible natural talent.

“Lamar was already so strong I knew he could break a world record,” he says.

“All he needed was the desire, and he had that from the beginning.

Even if he had to hitch a ride, he never missed an evening session.

He trained so hard I’ve seen his hands bleed, literally, after one of his marathon deadlifting sessions.”

Lamar Gant initially used a training routine based on one that his weightlifting coach Bill Stiff had gotten from an old professional strongman named Harold Ansorge from Grand Rapids, Michigan.

You can apply this to where you currently are in your deadlift conditioning, whether you start with five sets of 8 reps at 50 pounds or 500 pounds.

Make sure that you are using a weight that is not your maximum.

Whatever weight you start at, you should be capable of lifting that load for at least 3 – 5 more reps.

The last four weeks of the Lamar Gant Deadlift routine will use a maximum of 3 deadlift reps per set.

This workout assumes that you can already do a 500-pound max deadlift.

By the end of this deadlift workout routine, you should be able to increase your deadlift by 30 or 40 pounds.

You can use this Lamar Gant Deadlift Routine as a template no matter where you are for your 1 rep max deadlift.

Remember never to go all out unless you are doing a one-rep max deadlift test or competition.

If you are a beginner, try out the 12 Week Deadlift Program for Beginners in Fitness or Powerlifting.

But, if you are obese or overweight, then start with this free guide to Lose 20 Pounds in 3 Months Using 5 Simple Steps or How to Lose 75 Pounds in Only 6 Months.

Lamar Gant recommended wearing deadlifting shoes that have little to no heel.

He believes that you should not wear deadlift shoes with a heel because they will cause you to lean too far forward in the pull phase of the deadlift.

Build resistance in Lamar Gant’s speak means that you are tightening your body as much as possible in anticipation of the deadlift.

Bracing your core is critical to Lamar’s approach to deadlifting and any other weight lifting exercises.

You will have a safer and stronger lift when you approach the weight with a solid core.

In Lamar’s own words for approaching the deadlift:

“Approach the bar as tight as possible.

Make the body feel like it is hard to reach that bar.

Once at the bottom, you are ready to explode upward.

That’s precisely why I take a long time to get down to the bar in the deadlift.

You might wonder if he took anabolic steroids to achieve his great Lamar Gant deadlifts of over 600 pounds at only 123 and 132 pounds body weight.

And you would not be the only one.

As a result, Gant even took a lie detector test besides drug testing.

He wanted to disprove those who could not believe that he was deadlifting over 700 pounds in his deadlift workouts.

He was tested in Auburn, Ala. by Mike Capps, a licensed polygraph examiner.

Lamar recalled an incident that happened on his first trip overseas to England in 1975.

A couple of the older guys came to him and told him all about how good steroids are.

They said to him that he could deadlift 600 pounds if he took them.

“Well, I wound up deadlifting the 600 anyway, and both those guys have had drug troubles. I ain’t going to be a slave to any drug.”

His determination to not be a slave to drugs is another great lesson for anyone in powerlifting, powerbuilding, weightlifting, or deadlifting.

You can still get strong without drugs.

“Gant won a record 15 World Powerlifting championships in the 123 and 132-pound weight classes. He set state, national, and world records in the bench press, squat, and deadlift while also establishing records for total lift. At the age of 18, he became the youngest ever to win a world championship when he succeeded in Birmingham, England in 1974.”

An interview with Lamar Gant:

Crossfit athletes are among the fittest in the world.

I came across an infographic created by some CrossFit number crunchers.

Did you ever hear of Lamar Gant?

Don’t feel bad if you have not, or you think his name is Lamar Grant.

I never did myself until recently when I wanted to lose weight and get back into shape.

I started to learn about the incredible benefits of deadlifts and gained more deadlift motivation and workout tips from the careers of:

In this article, you gain inspiration from Lamar’s world record success in powerlifting, despite his incredible physical challenge of scoliosis.

Just thinking about Lamar’s persistence despite his obstacles motivated me to get to the gym even with the never-ending cold in New York City.

Are there any other powerlifters out there who have inspired you besides Lamar Gant?

Next, read about the current and past deadlift world records for more motivation! 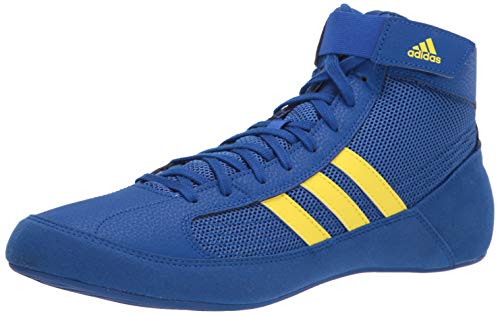 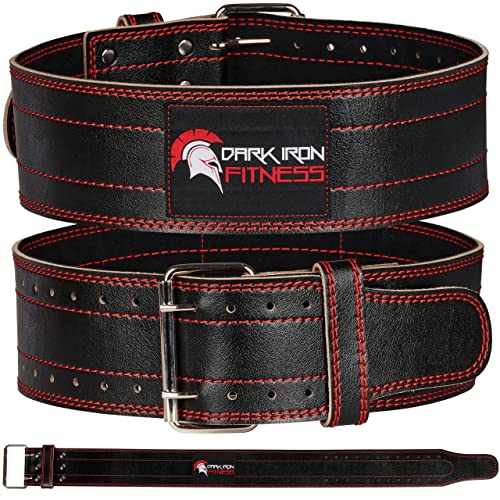 You can read more details about Lamar Gant in the Sport’s Illustrated 1984 article referenced above by Terry Todd here:

Stay up to date on powerlifting at:

You can find the original article about Lamar Gant’s deadlift routine on PowerliftingWatch.com: